The price of everything, the value of nothing! 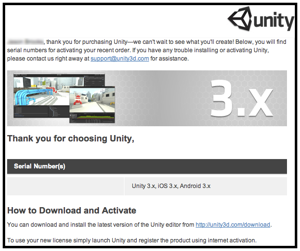 For anyone who has been investigating and looking into development tools for 3D Game Development, Unity3D is one of the many options available for both the hobbyist game creator to fully fledged development teams.

Whilst working on a recent project I looked into the tool and was initially put off by its cost for the mobile device development kit portion for iOS and Android, approx $400. Imagine my surprise when for a very limited time (April 1st – April 8th 2012), Unity offered their development IDE and Tools for free!

This was an offer too good to be true, and as a result will give me the ability to truly evaluate the tools and development environment for the mobile gaming platform.

There are a number of games developed using Unity3D available on the market, take a look at (http://unity3d.com/gallery/made-with-unity/game-list). As it happens Cordy is one of my favourites on the iPad as it reminds me of Little Big Planet on the PS3.

Some of you know, I subscribe to a number of gaming forums, and thought, wouldn’t it be a good netcitizen thing to do to let other potential like minded game developers know of this limited free offer.

So I posted to some of my favourite blogs, and was quite shocked with the responses I received!

Now bear in mind this is a commercially available tool and comes in two flavours, Standard and Professional, with the Professional version being licensed at $1500.

The development environment on first glance appears to be excellent with a 3D Mapping tool for your games, a scripting engine and a coding/development IDE that looks similar to C#. Yep you guessed it, I’m still a novice with this tool and have downloaded some books from Amazon to learn more about this tool.

On the right is a sample of some of the negative comments received.

Whilst I acknowledge that everyone has the right to an opinion, you have the freedom of choice, particularly when something is being offered for free. You can graciously accept, or walk away, either way you are not under any obligation.

The problem with the internet is that there’s a lot of good information, and a considerable amount of misinformation and education for the community as a whole.

As an individual, you have to investigate, experience and draw your own conclusions, unlike the comments to the right which were formed on misguided thoughts and no real experience of the tool.

Now whilst the professional version is more fully featured, it also probably contains too many functions for the average hobbyist/developer who tinkers in their spare time. If you need the features of the professional version, then you are more likely to be within a development team turning out some fantastic games and generating some income in the process.

My point to all this is that many years ago, when 8 Bit computing was in it’s hay day, we didn’t have fancy development environments, mapping tools, sprite editors, etc. We had to develop our tools from scratch and re-use where possible. And if you weren’t part of the BBS (Bulletin Board System) group with your 300baud modem, you very rarely got to download or share tools created by like minded developers.

As time progresses, and the complexity of games, gaming engines and gamers expectations increases, so do the excellent engines and gaming physics that have evolved. In my opinion it has reached the point that each new generation of computer programmers readily take for granted the simplicity of modifying some parameters/attributes on an object to get their effects or sprites to move around the screen. 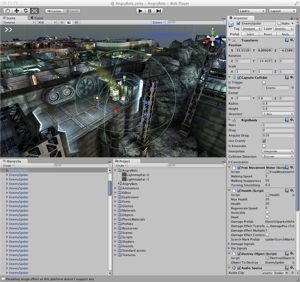 The internet has spoilt us for on-demand entertainment and immediacy of information, we have lost the plot when it comes to remembering that all this creativity has to ultimately be paid for or funded. The reality is that at some point, someone has to be paid for the work they have done in helping create a better place, less stressful development environment etc for everyone.

If we look at computer games, in the early 1980’s they used to cost on average £8.99 for a new Gremlin Graphics title, until the budget boys came on the scene!

Mastertronic were the first I remember, and I bought Duck Shoot for £1.99 not only was this a bargain, but around 4-6 weeks of pocket money saved up and some pretty good titles followed.

All the school kids waited to see what was next to be released. And that changed the gaming industry, more budget titles came on board, Firebird and Players were others, and then they built their premium £2.99 titles M.A.D. Mastertronic Added Dimenson, Silverbird etc. That was a little over 30 years ago and then you could cram a lot into your 3K Vic 20, 16/48K Spectrum, 64K Commodore 64 etc.

Today however, some games are given away for free, some as little as $1, and yet people will still find creative ways to complain.

The price of petrol has risen, cost of living increased, buying a pint costs over £3, and you can no longer buy a house for under $200,000, but game prices have actually gone down in over 30 years.

If a developer has given away their product for free, say thank you once in a while, or offer constructive feedback to their title, we like that. After all we set out to make games and products that we hope you find useful and enjoy. If you don’t like it, or it falls short of your requirements, delete it and move on.

If a product is cheap, again offer thanks or constructive comments, developers charging a $1 or 2 are practically giving their software away, as invariably they take weeks to develop, test and package together.

More importantly though, make your own mind up by trying the software out. Is it too easy/hard is the product aimed at beginners/intermediates or experts, these must be factored in, and when it comes to a game engine of choice, most of them require a learning curve and understanding of the engine and it’s structure.

Talking of software, you can find a selection of PC Titles and iOS titles as www.muckypaws.com

Thank you for reading, and feel free to leave your thoughts.