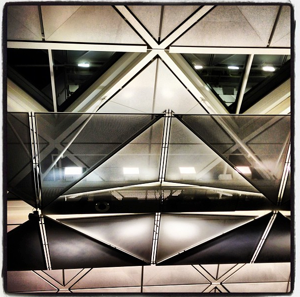 I awoke to the sound of my iPhone bleeping at me, wondering who would be calling me at 10am on a Saturday morning? To my surprise it was an iMessage from my nine year old god daughter asking advice and my thoughts on a game creation site that she had discovered. I messaged back and said, give me an hour or so to wake up, get breakfast and sort myself out. I’d been coding until 4am this morning and so was a little over-tired. (Yes her mum was aware of the messages).

In the time it took to get dressed, have my first two mugs of coffee, have breakfast my phone was already alight with more messages and some video footage of her laptop screen showing the game creation website. Finally, my phone rang again and my God Daughter was FaceTiming to ask for help. (In case you are wondering, yes her mum was fully aware what she was doing).

When did kids become so tech savvy? When I was that age, we played outside, wasn’t allowed to use the telephone and tried to dodge the cars and avoid being hit when playing football, rounders or hide and seek on the street. Now they have their own iPads, Notebooks, iPod’s and a plethora of other equipment for communicating with complete strangers on the internet.

Her Mum told me that they have to become forensic analysts these days to keep up with the technology to ensure their childs safety on-line these days. I’ll save that for another blog 🙂

Any hoo… I had a look at the website (www.sploder.com) and I felt that it was quite a useful tool for kids. It allows you to create many types of game, from retro arcade, platformers and physics based games all from within your web browser! If you haven’t checked it out, take a look, it has a few game formats, graphics and ideas that let’s your child explore their creativity and has some safety features for the adults. One of these features is the ability to share your games with other members of the site and to rate yours and the community games accordingly. It’s free to sign up, so double bonus!

It got me thinking though. As technology and useability in many ways has become easier for the end user, underneath the covers the complexity has increased exponentially over the years. I first learned to program in BASIC when I was about 9 using a book about BASIC and paper, I had to work out if the programs would run/work until I got my first home computer a Commodore VIC-20 with 3K of memory 🙂 Given todays many Giga Bytes that’s required to load your operating system, these earlier devices were both entertaining and taught the very basics of computer programming and structure.

BASIC is an interpreted language, but we could see the results instantly on the screen. Everyone knew the program

Was a very common program found to be executing in Currys, Dixons, Rumbelows, and the COOP in the early 80’s! Some of us were more sophisticated and created our own games. If you were lucky you may have gone to a school that had a Turtle connected to a BBC ‘B’ Microcomputer running LOGO.

BASIC had a number of advantages, depending on the computer you owned in those days, a ZX Spectrum, Commodore 16 etc. allowed you to draw lines, plot points, draw circles and even play notes of sound on the left, right or middle stereo channels. We learnt about ADSR (Attack, Decay, Sustain, Release) envelopes and white noise and experienced the results almost instantly (or a Syntax Error!). For the more advanced of us, we would code in Assembler directly from the BASIC prompt, or got excited when we could replace GOSUB with the PROC commands 🙂

Fast forward to today however, and you need compilers and Software Development Kits to get the simplest output to your computer screen. Kids need to understand the complexities of UI components, controls, buffers and object oriented programming.

The same program in C would be :-

You then need to install a compiler to compile the code and execute it. What a faff eh? (and that’s to get one line of text out) If you wanted to do the same using the UI, then you need even more code, graphics context etc. So no wonder today we have a shortfall of computer programmers coming into the industry, because the barrier to entry has been significantly raised over the last 30+ years.

I’m not suggesting that kids can’t pick this stuff up easily, there are some very talented people out there, but long gone are the days of writing simple programs and seeing the effects without a framework and a deep understanding behind it.

My biggest gripe, is making sounds in today’s environment, our SDK’s have great MP3, Wav and Ogg support (to name but a few), but if I want to make retro noises, like

I have to write a framework to create a buffer of bytes that would emulate that pattern. And that’s way too much coding for the average hobbyist! So while today’s computing technology has become much easier for the end user, the barrier to entry has increased so much more to the young people who want to get into this fulfilling hobby.

So it concerns me that a majority of children wanting to start in this exciting and fulfilling hobby, are not necessarily learning the basics of computing but becoming a consumer of IT.

In case you’re wondering and have read this far, the photo in this blog is one I’d taken in Hong Kong airport and is of the ceiling, I found the angle to make it look like a gaming character 🙂

Thanks for stopping by.